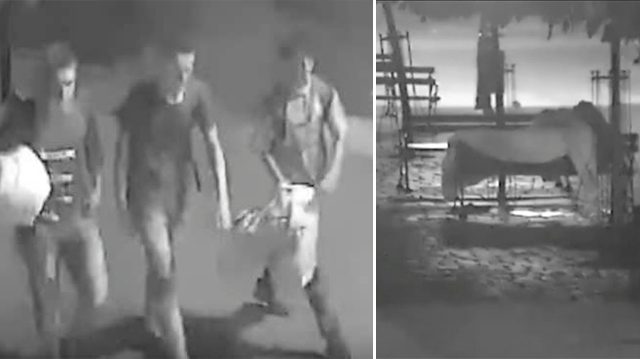 Millenials may get a bad rap for being the generation introduced to smartphones, but these three Polish teens are a perfect example of how youngsters are just as kind and compassionate as everyone else. Last December, Szymon, Wojtek, and Marcin were wandering down a street in Nysa – a city in southern Poland – when they a homeless man a blanket and tucked him in.

Three boys were praised by their city mayor after they were spotted on CCTV taking a duvet to a homeless man sleeping on a bench.

The trio of good Samaritans, Szymon, Wojtek, and Marcin, were rewarded by the city of Nysa, in Poland, for their kind act, each given a smartwatch as a thank you.

In the clip, the three boys are seen walking through the town center with a bag carrying the huge cover between them.

They approach the bench, stop, unload their gift and wrap it around the sleeping homeless man.