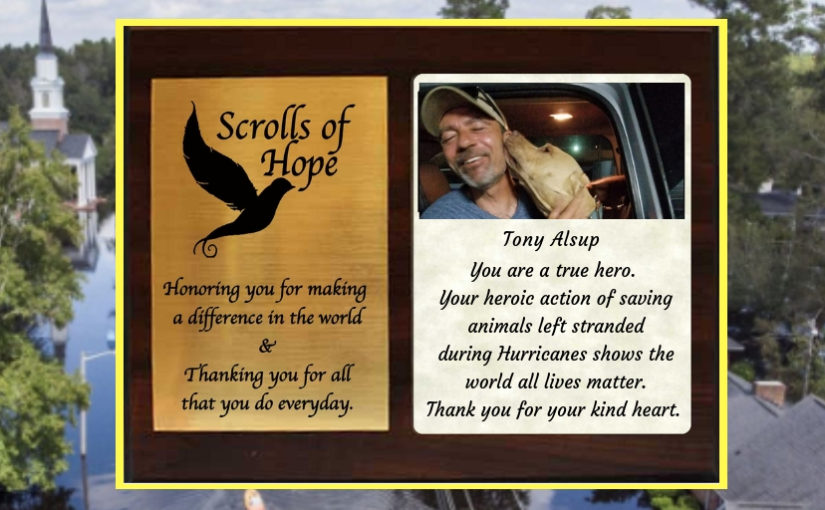 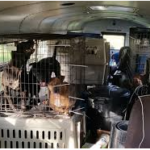 Tony Alsup is a genuine hero. A true hero sees a need and finds a way to fix it. That is just what Tony did when he heard about the stranded animals left in shelters after Hurricanes.

In 2017, Hurricane Harvey shook Texas. Tony Alsup heard about the animals who were in need of rescuing from the dangerous area. He bought a school bus, pulled out the seats, filled an open space with a makeshift kennel. Tony started saving animals left behind in area shelters. According to The Washington Post, he did the same during Hurricane Irma.

This 51-year-old trucker drove across North and South Carolina to save shelter animals caught up in the devastation of Hurricane Florence as well.

Tony Alsup rescued 64 animals from 4 different shelters. He drove to a shelter in Alabama, then turned around so he could pick up more animals.

Send Scrolls of Hope your hero a Plaque of Appreciation.  Tell your story at The Good Scrolls Gazette.